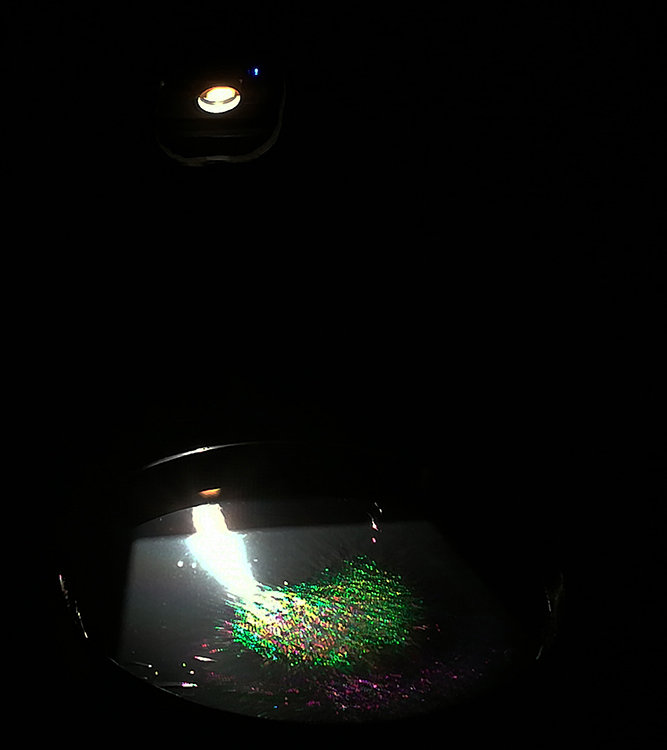 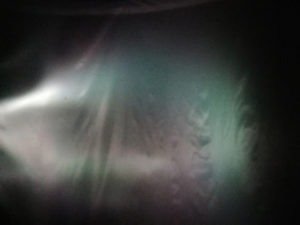 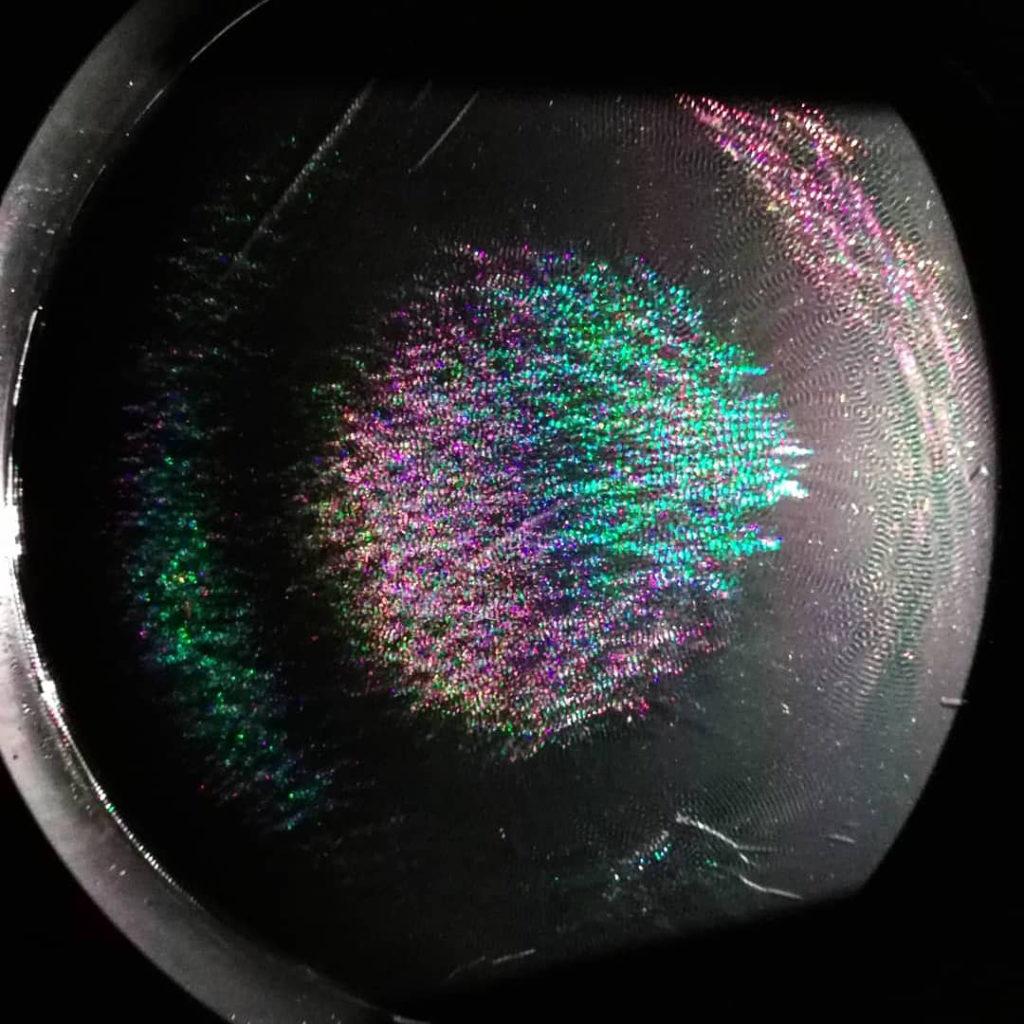 An installation housed within a darkened space to isolate the spectator from the light and noise coming in from the exhibition space outside. The outer structure covered by black curtain creates a narrative in itself, shaped like an octagon it carries an air of spirituality; a place for contemplation and meditation.
When entering the space one is leaving the physical plane. A canvas of light is cast by white projector lights that illuminate the water and reflect the surface onto the walls of the space. Without any engagement or movement it is a mere rectangle, a human-made shape shining bright. This canvas, a disruption of the system. Chaos in the natural order of the universe.
The composition is played through the pool of water, cymatics morphing the canvas into various directions, stretching it into fractal-like shapes and geometric forms; glimpses of the canvas can still be seen occasionally but the flow of movement never stays within the boundaries that it originally set. The light waves are being bent by the sound to refract into colours that are flowing and evolving into an abstract painting made from light and sound. As the arrangement of sound continues playing, the images evolve, glimpses of colourful hues appear, almost like a trick being played on the eyes but rapid blinking won't dissolve the seeming illusion. 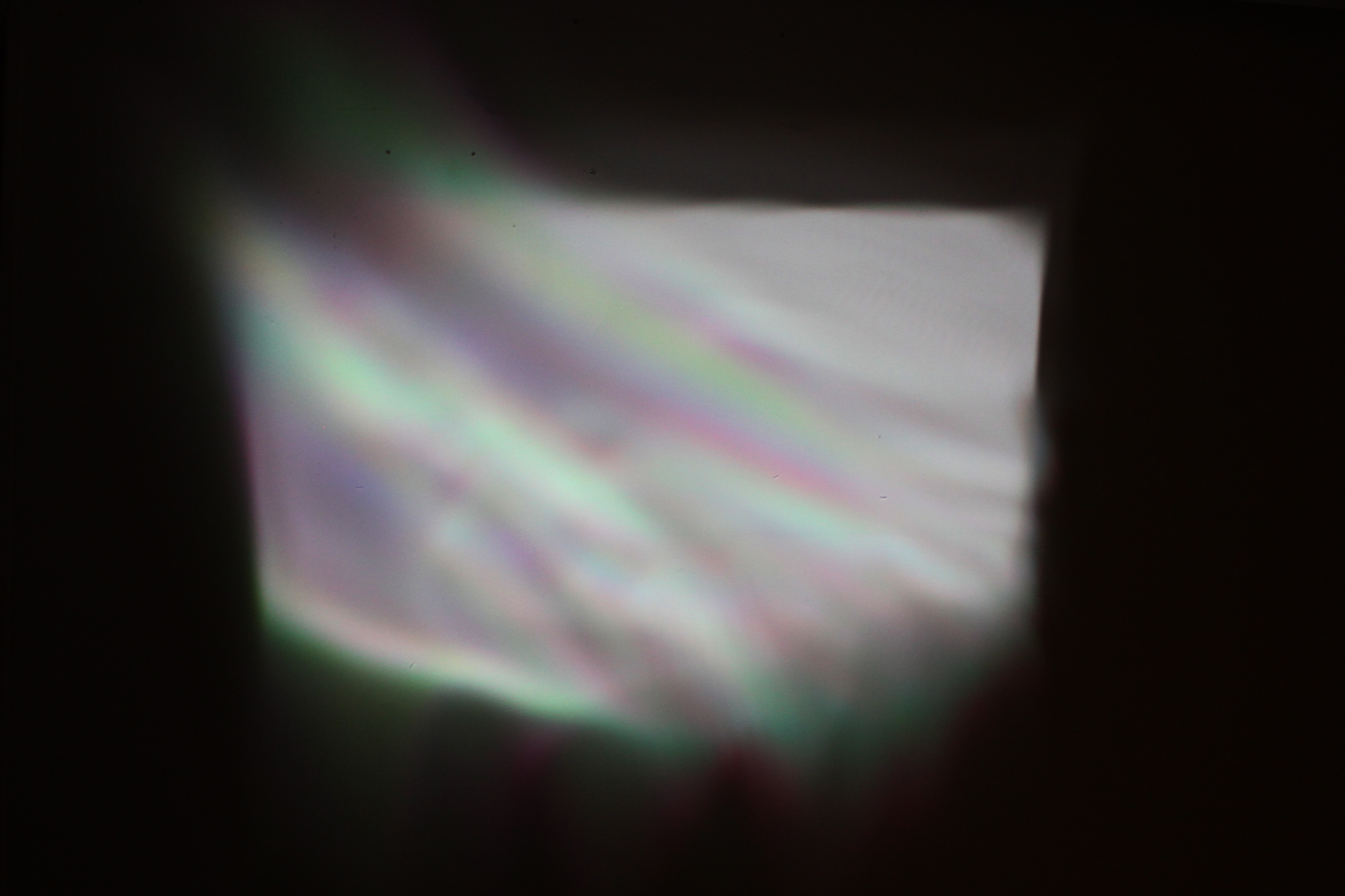